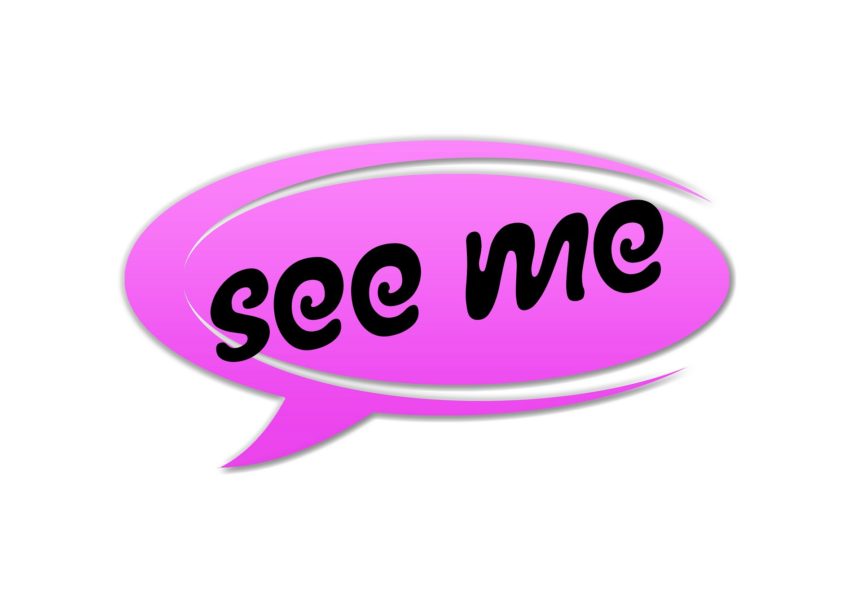 Do you feel seen?  It’s always the first question I ask any woman soliciting relationship advice.  Too often we find ourselves in relationships of convenience, ambiguity and stagnancy.  Only to realize the coupling we once happily participated in has left us unfulfilled and unseen. Like most things this is very much a two way street, so lets not go placing blame!

What exactly is the point of being in a relationship where you are unseen?  It only leads to lack of growth, lack of fulfillment and lack of happiness.  After all, how does one satisfy the needs of a person that they clearly do not know anymore, if ever at all?  But just because you feel unseen doesn’t mean that that is the death of your relationship.  Relationships can be repaired if there are two willing parties.  And the fact that you may have lost your way as a couple is most easily rectified with swift action and aggressive communication.  In other words, don’t sleep on your relationship in hopes that things will work themselves out in the long haul.  If feeling unseen is the issue, you’ll sooner dissipate from Earth than fix it with silence and dodging.

So what does it mean TO be seen?  Well, it may be a red flag if this isn’t obvious to you.  Some call it soulmates others call it ‘their other half.’  I call it “the end of the search!”  Do you feel like you’re constantly searching for something, even when you’re in a relationship?  If you are in a relationship and you’re still needing other people and things to fulfill your needs, this does NOT mean cheating BTW although it could manifest this way.  I mean things like making side deals with a parent on finances, having a friend of the opposite sex that is platonic but they fill a major void in your life, or always doing extracurricular activities with everyone BUT your sig other because they “just don’t enjoy that type of thing.”

I know, I know a lot of folks will say that a partner can’t be ALL things to the other, and to an extent that may be true.  But lack of TRYING to even make that connection stronger despite your differences is in fact putting blinders on your relationship.  You and your significant other are not seeing each other fully and to try to justify it is only more damning, because now you’re just not trying to come together at all.  And that’s OK…  IF the relationship is not for the long haul!

I remember shortly before my divorce, I was out on the town without my spouse, as I often was.  It was Valentine’s Day Eve, also known as my birthday eve 😉  I was with a bunch of friends and one of my guy friends was surprised by his girlfriend who flew into town and met us out.  It was the first time I met her and she literally SAW me, where I was in my life and read the situation to a Tee!  She told my friend, ‘there’s something not right about this situation, that girl is married?  Not for long!’ Now THAT is someone who saw me and not for the way I generally like to be seen!  She saw me because she knew me, she was once me in some capacity.  I now see a lot of folks that way, because I’ve been there, it’s just harder not to notice.

But doesn’t it make you feel better to know that you’re seen by someone?  I wasn’t thrilled that my friend’s girlfriend saw me that way.  But it was actually a major relief to be truly seen in the place I was actually in, by someone… ANYONE.  It made me feel like I wasn’t the first person to go through this.  And seeing her, in all of her fabulous glory made me feel like maybe one day I’d be okay too.

If being seen by a complete stranger could bring me that type of comfort.  What would being fully seen by a significant other and reciprocating that back feel like?  I now know…  The search is over.  I see you and I hope your search comes to an end soon too!